I had a really nice time on my part “work” for TGTF / part holiday in England a couple weeks ago. It was pretty shocking to me when I was at work this past week and I was looking at my desk calendar, realising that I’d been in Manchester a month prior. Oh, England. Why do you have to be so far away? ::sighs::

Is it funny, or is it weird? I have been thinking about some of the things that happened that I did not expect, or things that I had planned on doing that didn’t work out. Just weeks prior, I’d been spending too much time thinking about how I probably shouldn’t go at all, but I am so glad I changed my mind. I was in Manchester for 4 whole days and the only time it was raining was on the train into Manchester Piccadilly from the airport. Meanwhile back home, DC was getting flooded, with a rainbow array of flash flood alerts and warnings colouring my phone, which was still receiving weather reports from back home. Somehow I managed to refrain from taking a smug selfie in the middle of sunny Piccadilly Gardens to send back to the home office.

Anfield was amazing: it was the best decision ever to visit before the craziness of the Liverpool Sound City music festival. It was quite surreal being stood in the middle of a stadium in that great city; it looks so small in person but it was always so big when I’d seen matches on tv. It was even better in full sunlight! I suppose like any good Liverpool FC supporter who is an “artiste” (I use that phrase very loosely), I should do some writing inspired by my visit. I might just do. Words are flowing out of me now; whatever was stopping me before is now gone.

I was disappointed in not connecting with some people, but I made so many new friends and saw so many bands live at Sound City that blew my mind, all the disappointments were wiped clean from the slate. I interviewed several bands we’d been writing about on TGTF and it was wonderful to finally meet in person the people behind the music who we’ve wanted to promote. Everyone I had a conversation with on this trip was super kind and courteous and made me feel so welcome. I feel very blessed for that.

The worst part for me about coming back from England is different than what most people feel like when they return from their skiing or beach holidays. I have to leave behind people I love and the brilliant experiences I can have only in that country. It’s like having to wrench out a part of my heart that I can’t have back until the next time I am over. Probably the strangest part of this return is knowing that the only connection I have to the bands I write about, especially if they are British, is through listening to their music until they are able to play in America.

Next weekend, I’ll be going out to Philadelphia with another one of the TGTF contributors to see my friends Little Comets, who I haven’t seen since last summer when they came to Washington. (It was my best gig of 2013 too!) I’m looking forward to that show but it’s not the same as seeing them in England, is it? But, not complaining! (It appears the Philadelphia vs. DC battle for British bands still exists, unfortunately. I guess I need to get out more and do a hell lot more live reviews like I was doing when I first started…my body’s not going to like that, ha.)

On the most perfect sunny day in London, I had a nice afternoon meet-up with a friend and probably the most famous professional contact I have in the city, then walked around Hyde Park truly feeling like I was walking on air. I’d finally gotten the kind of respect and validation I’d been searching so long for. I can now really see myself living in London. I’d spent a year feeling underappreciated and beaten down, and in past times visiting, the City left me cold and was entirely unwelcome.

This time though, I have to thank friends new and old for making this past trip filled with such good memories and giving me a spring in my step. I have the tendency to put all my eggs in one basket – I guess it’s because I’ve come from the school of hard knocks, so once something positive happens, I always think, “this time, it’s got to be real” – but I am feeling the best I have in 4 years and quite positive. Which can only be a good thing, yeah? 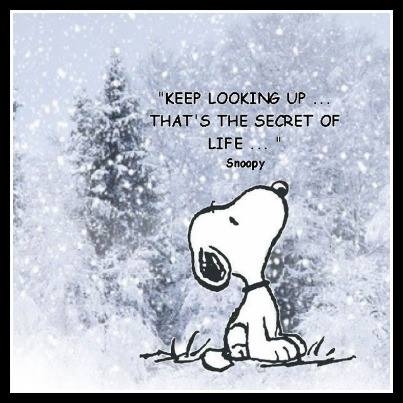 Retweet on TwitterMusic in Notes Retweeted

To support musicians during Covid-19, we’re waiving our revenue share on all sales this Friday, April 2nd, from midnight to midnight Pacific Time.