Just in case you missed the unveiling of my big writing project last week, don’t fret. You’re in luck. The entire week of my writing about Keane – all 30 posts plus an introductory note by editor Hendrik – is available in chronological order through this link at One Week // One Band. It was quite a labour of love, so I’d appreciate your feedback, and as that ol’ chestnut goes, sharing is caring! I’d like to get my writing out to a wider audience, so Tumblr / Facebook / Twitter / Google+ / sharing, anything you can do to help me, is love. Thanks. 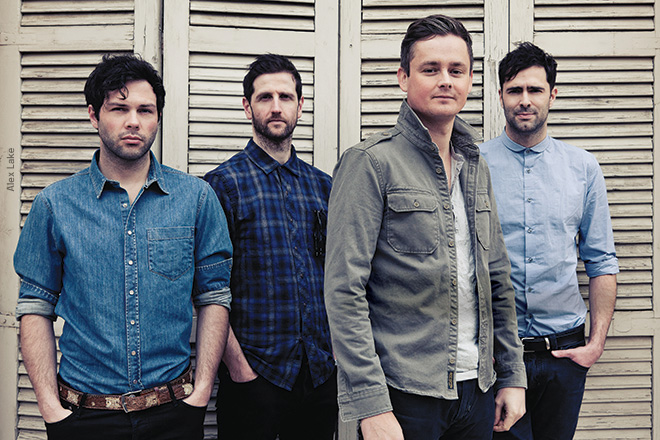 In order to participate, I needed to sign up for my own Tumblr account and learn the quirks of the system in a few short weeks. These days, it appears most young people have a Tumblr. A good number of bands have them as well, and I’ve seen them been used to varying success. Content, as is true for all social media platforms, is king, followed by directing the right kind of content to your target audience as the queen. To be fair, I haven’t really gotten the hang of the format of the social media platform yet. I’m also still pondering the actual utility of the site to share media and stories beyond in the moment and whether I’d actually use it regularly. If you want to add me / compliment me / talk to me on matters other than Music in Notes and/or you need another outlet to harass me on (I’m kidding, be civil!), you’re welcome to do it over on my Tumblr.

It’s kind of like the long form version of Twitter: you repost content from other people’s Tumblr to share with your followers, although even with the platform giving you the opportunity to comment or add your own notes to a previous poster’s photo or post, most people can’t be bothered to. From what I gather, most people who use Tumblr have short attention spans and want to look at pretty or sexual (ew, seriously, I don’t need to see that!) pictures and not have to comment, collecting them like virtual baseball cards. There must be a way to go back through your own archive (I hope so, anyway), but if a teenage girl or boy is just reblogging and reblogging hundreds of posts he/she likes in one evening, doesn’t it all become white noise? How can you ever really remember that photo or quote someone else said that caught your attention for about 5 seconds of your life?

This is the kind of trend that worries me a lot about the future of music journalism. We just learned last week that NME will be going to a free print edition in September. One can’t help but put two and two together that the three main reasons for the decline of a once storied music magazine are 1) the internet, 2) people couldn’t be bothered to go out and pay for the content, and 3) even if they did, I think it’s unlikely the magazine would have held their attention for all that long. I’m not blaming or shaming NME as an oddity, the whole journalism world has been shaken up by the internet. (When SPIN went online only in 2012, I felt as though I was dying.) Some of you may think this is all very funny, but if you’re a writer like me, all of this is a very, very scary thing to contemplate if you’re planning to make a living in this business.

But back to Tumblr. I have to admit that once I started racking up likes, I was curious to see what kind of music fan was liking or reblogging my content, so I’d click on a username and be whisked off to their site. My heart sunk a little when someone commented early on that she thought my recounting of seeing Keane at my first SXSW in 2012 was considered “too long.” Judge for yourself. I thought the whole point of the site was to write how the music makes you feel and why it’s important? Personally, I can’t do that in a paragraph and still do it well. That’s why one-paragraph reviews of an album make me shudder. (Then again, it was probably the subject matter. I had a flick through on some popular posts on Lorde and One Direction, all of which received likes in the hundreds, and those posts went on and on. Readers had no issues with the length of those posts.)

So that comment bothered me. But maybe I’m just old, ha! Microsoft Word tells me this is close to 800 words already, so I will stop while I’m ahead (no, really) and wait for the next post to tell you more about my takeover week.